In our previous issue, I concluded the section dealing with the heating of solvent in the still, this month I’ll be explaining the other half of the distillation process, condensation. 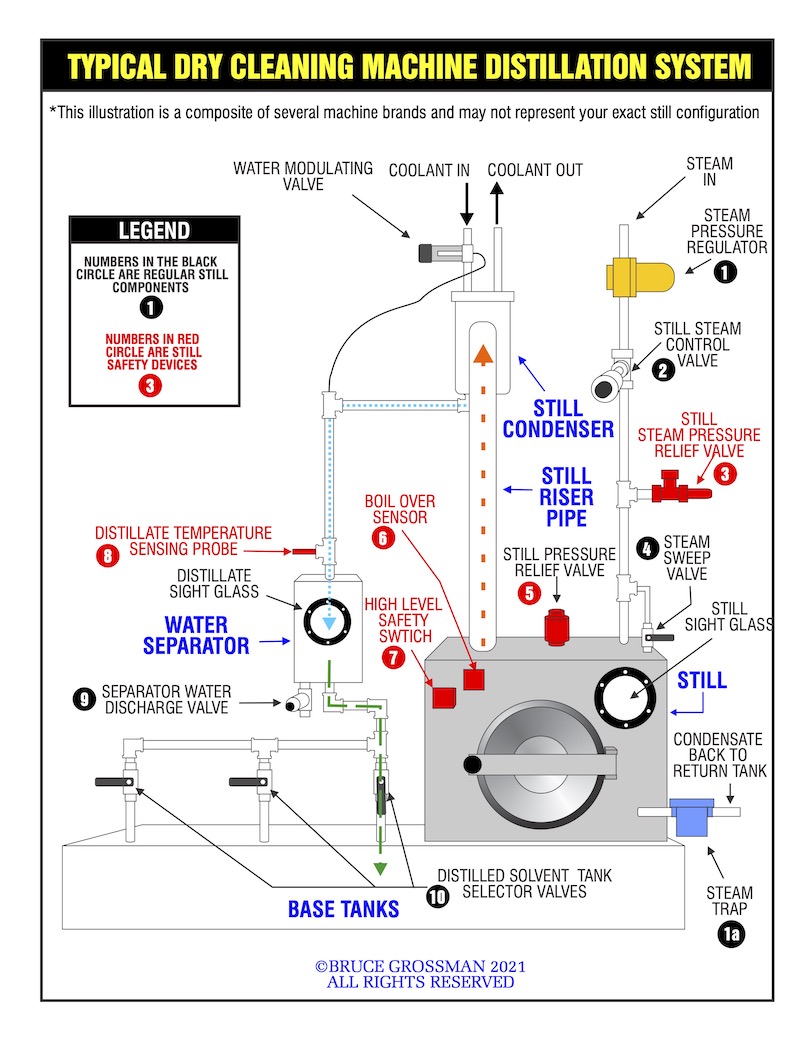 The performance of the still condenser is dependent on three parameters.

The following paragraphs will illustrate how these parameters may be used to troubleshoot problems incurred while distilling.

Well, that’s it for this issue. I’ll be continuing with the safety devices used in the still condensation system in the next issue.

Bruce Grossman is the Chief of R&D for EZtimers Manufacturing. EZtimers is the manufacturer of the new EZ DOSE boiler compound manager and return tank level control which automatically adds the correct amount of boiler compound to the return tank, preventing oxygen corrosion and scaling as well as replacing that troublesome ball float valve in the condensate return tank. Our SAHARA, high purity separator water mister/evaporators supply a thrifty, legal method to get rid of the separator water generated by your dry-cleaning machine. See our ad in this issue and for further information on EZtimers products visit www.eztimers.com  Please address any questions or comments for Bruce at bruce@eztimers.com  or call 702-376-6693.