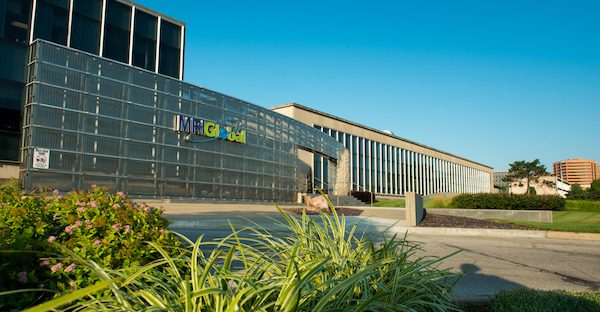 “The more things change, the more they remain the same.” While the year 2020 will long be remembered for the substantial impact of the COVID-19 pandemic, GreenEarth’s response to it has been much the same as how the company approached the drycleaning industry when it began its business in 1999. At both times, GreenEarth sought to solve a problem by testing solutions.

In the spring of 2020, GreenEarth worked with Stanford Medical Center regarding the cleaning of N95 masks for the medical industry. When examining the structure of the coronavirus and based on recommendations made by the World Health Organization, it appeared that the lipid layer of the virus could be attacked by subjecting it to 158 degrees F heat for 30 minutes.

GreenEarth conducted testing beginning in June 2020 with MRI Global, an independent laboratory approved for testing with the SARS-CoV-2 virus, the virus caused by COVID-19. As described in the final results published by MRI Global, it was demonstrated that vaporized GreenEarth Siloxane D-5 drycleaning fluid was an extremely effective method of defeating the coronavirus, was six times more effective than 70C heat alone, and in all test iterations, provided kill rates of greater than 95% and as high as over 99%.

Because these results are achieved without the use of additional chemicals, GreenEarth has filed a provisional patent covering a modified GreenEarth drycleaning process which includes vaporized steps in order to allow antiviral drycleaning when the virus contains a protective lipid layer. This new pending patent is exciting as citizens of the planet continue our efforts to defeat the current pandemic and to deal with the mutations in the virus that are yet to come.

Twenty-two years ago when GreenEarth Cleaning was introduced at the 1999 Clean Show as a system designed to solve an industry problem by providing a safe alternative to perc. The company’s first important step involved testing—testing its new silicone drycleaning process for nine months in 25 operating plants across the U.S. 26,000 test data points were collected to verify and insure the new process would eliminate any future environmental liability before offering it for sale.

With that substantiation as a foundation, in the early 2000’s GreenEarth introduced its unique silicone drycleaning process using a business model never before seen in our industry.  Rather than just selling fluid by the gallon, GreenEarth offered an annual subscription that allowed each Affiliate the license to use all of GreenEarth’s intellectual property, including its patents, trademarks, copyrights, marketing materials, and technical support for a flat annual fee of $2,500 for one drycleaning machine and $1,250 for each additional machine on the premises.  And while subscription models such as Amazon Prime, Netflix and Microsoft are now common, the flat fee subscription plan introduced over 20 years ago allowed the GreenEarth Affiliate two important advantages.  First, the fee was fixed (it has not been raised in the 21 years since it was introduced) and it encouraged GreenEarth and its affiliated network of cleaners to find ways to operate more efficiently and sustainably since the less silicone, detergent, labor and utilities used, the better it is for all.

Testing by industry experts was at the core of GreenEarth’s early steps. The International Fabricare Institute (now DLI) conducted a complete test study of silicone cleaning versus perc cleaning as the standard and published the full test results in a Research Fellowship in September 2002.  Its conclusion stated that “Based on our overall evaluations, [DLI]’s findings are that GreenEarth Cleaning is a viable alternative for the drycleaning industry, and while different in some respects, is comparable to a perc drycleaning process.”

Midway through the 2000 to 2010 decade, landlords and property managers began adopting corporate goals to improve the sustainability of their centers. As GreenEarth sought ways to support their goals, GreenEarth tested and developed the use of the natural filtration methods being used in food processing. By using activated clay filtration powder instead of cartridge filters, several significant sustainability benefits were realized.

Activated clay filtration allows for over a 50% energy reduction when compared to utilizing the conventional double bath cleaning process. The cost of the filtration medium itself is significantly less versus cartridge filters. The use of the GreenEarth Natural Filtration eliminates the disposal of metal cartridges in municipal landfills, and in many locales, the spent activated clay filtration powder has been approved for disposal as regular trash rather than as a hazardous waste. The cost savings and the environmental benefits are significant.

The Environmental and Health Safety Confirmation

Again, it was testing performed by independent scientists in 2012 that confirmed the safety of the GreenEarth Cleaning process. For important test results by the Canadian Minister of the Environment were reported at that time. This testing, commissioned by the Minister and conducted over a ten-month period by three independent toxicologists, was published in an 83 page study that concluded “the Board has determined that the current uses of Siloxane D5 do not pose a risk of danger to the environment or its biological diversity.” Thus the safety and sustainability of pure Siloxane D5, the drycleaning fluid used in the GreenEarth Cleaning process, was totally confirmed.

This Canadian study is another example of the foundational testing that has been conducted by GreenEarth throughout its history. For “the more things change, the more they remain the same!” 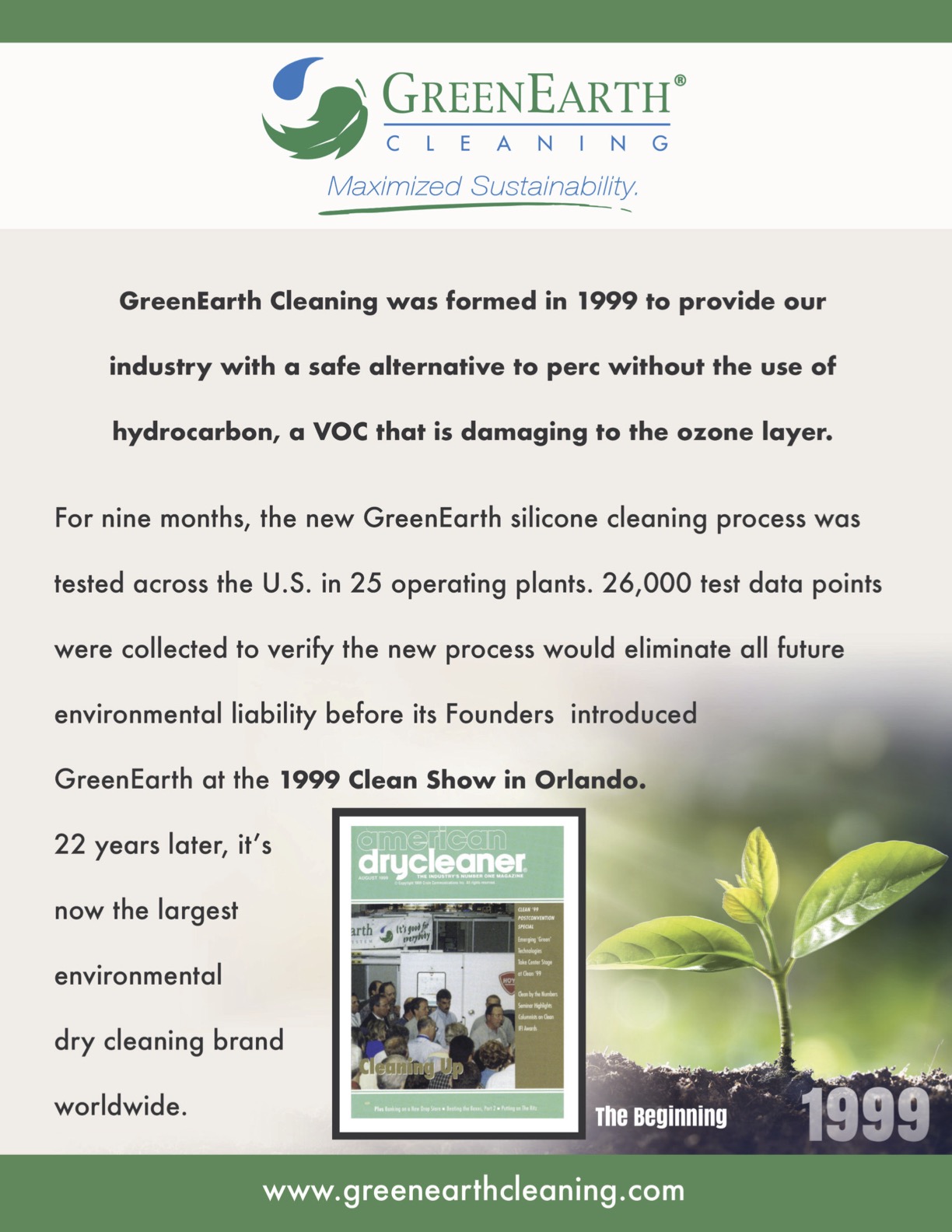