Adapting, Overcoming, and Improvising, Into the “New Normal”
By Don Desrosiers, Tailwind Systems

You probably said it to someone today. Surely, you said it to yourself within the past couple of weeks; “I can’t wait for things to go back to normal.” Me, too. But, what exactly is “normal”?

COVID-19 changed the world. If you think “normal” is turning back the clock to how the world was 12 months ago, you’ll wait forever for “old normal” to return. A metamorphosis has taken place – a “new normal” has taken hold. This is only a bad thing if we stubbornly make it bad. This is a perfect illustration, in real life and on the grandest scale, of the story of Who Moved My Cheese? The story takes place in a maze, where four characters search for and consume cheese. Cheese represents happiness or satisfaction in its various forms — security, prestige, wealth, etc. 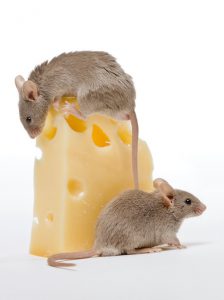 Life Inside a Maze
Two characters, Sniff and Scurry, are mice who take an industrious, uncomplicated trial-and-error approach to finding cheese. They don’t overthink things. Instead they try various routes until one day they find a large store of cheese.

The other two characters, Hem and Haw, are little humans who apply sophisticated thinking and analytical skills to their daily search. They, too, find the same large stockpile of cheese as the mice.

The pairs have opposing attitudes toward their situation. The humans, Hem and Haw, take the cheese for granted, assuming it will always be there. By contrast, the mice stay alert to their surroundings. They notice that the quality and supply of the cheese are slowly dwindling.

One day the cheese is gone. How the characters cope with this change offers lessons in surviving and thriving despite inevitable changes in life and the workplace.

The simple-minded mice don’t overthink things. They quickly accept the changed situation for what it is, not cursing the world or the environment for its unfairness. They adapt to the change and immediately head out to look for new cheese. While it takes concerted effort, they eventually find happiness in the form of a huge new pile of cheese.

In contrast, the humans Hem and Haw are shocked to lose the cheese. They had felt entitled to it and they curse the world for its unfairness. They sit around, waiting for the cheese to reappear, and they become increasingly frustrated when it doesn’t. Hem yells, “Who moved my cheese?”

Eventually, hunger gnawing at him, Haw realizes his situation isn’t going to improve unless he changes his attitude and behavior. Going back out to the maze to find new cheese is scary and it’ll take hard work. But he envisions the joy of finding cheese again and it pushes him outward. He leaves behind Hem, who refuses to move and continues fuming at the unfairness of his situation.

The Thrill of the Hunt
In his journey, Haw overcomes his psychological barriers to adapting to change. He realizes that his fear of going back out to find new cheese was overblown — he had let the fear build up in his mind, and in reality it wasn’t that bad. He encounters setbacks in the maze, but he realizes he’s still happier taking control rather than being a victim of his situation. He continues imagining enjoying new cheese, which motivates him to push further. As he learns each of these lessons, he writes messages on the wall for Hem to read, should he ever decide to search for new cheese himself.

Finally, he finds a new giant pile of cheese, even bigger than the first. Sniff and Scurry have already been there for some time, happily enjoying the cheese. Haw reflects on how far he has come since the first cheese pile ran out, and he resolves to treat future change differently.

So, you get it. Somebody moved your cheese, but not just your cheese! There is an inner beauty to what has happened and that is what I want you to focus on.

Learning to Love New Cheese
If you are a progressive thinker, you can come up with all sorts of business ideas that would or could change your business model, but often the progressive ideas are not implemented for fear that they will not be well-received or even rejected. COVID-19 has forced businesses to do things they would never do otherwise but now they do them and hide under the blanket of “because of COVID-19.”  We have come to accept it.  So, what I want you to do is consider the things that have come out “because of COVID-19” and put a positive spin on them. They don’t all apply to our business per se, but it’s interesting to see how they have changed things that probably could not have been changed otherwise.

Working from home has been around for a long time but now it will be a way of life. Businesses that had previously leased a suite of offices for mega-bucks see they are more cost-effective with remote workers. Business will find ways to make home workers even more productive but even if they don’t achieve 100% efficiency, the savings in office space and similar costs are substantial. On May 21st, Facebook announced that home workers will be permanent. The Mars rover is being driven from someone’s living room in Los Angeles and it’s working out just fine.  These are experiments that no one would have dared try on their own but under duress it had to be done and it turns out to be something that saves money. Let’s keep doing it.

Door Dash, Uber Eats, and Grocery Delivery were all around for convenience. Now they can dominate and, of course, the same can be said for drycleaning delivery. The Drycleaning drop store’s days are numbered. We all knew that was coming, now we can say “because of COVID-19,” but that is a good thing.

I once visited a car dealership in Tokyo. There were no cars there, only a few video kiosks. You could point and click and tour the car virtually. This was 19 years ago! Look for this to start happening here. You can already buy used cars this way on your cellphone. The new car manufacturers are still trying to protect their dealer network but that will not last.

Progress Accelerated
One of my favorite things is the one-way aisles in stores. You are now forced to walk down aisles that you would never walk down. If a marketer is smart, they will place tempting items in an aisle that wouldn’t otherwise get traffic. I would never walk down the pet aisle, for example, but now I have to so that I can walk up the next aisle in the correct direction. Hmmm. They never would have tried that if it wasn’t “because of COVID-19.”

In a few years, we might think back about how barbaric it was to shake hands. We will probably start bowing like Japanese people have done for centuries.

Certain things that have been around for years may really come of age because of their dependence on no human contact. Automatic door openers, virtual presence devices, Zoom, Skype, Amazon, Carvana, Rock Auto, Stitch-Fix, Trunk Club. Malls have struggled for years – now they are probably finished. For that matter, on-line purchases will likely account for an increasing majority of business transactions. With Stamps.com, now that they are cheaper than the post office, there’s no reason for a Post Office lobby.

Schools were forced to try the online format. It will probably become a way of life. It’s hard to believe that even doctor visits are done by video chat – and the service is better! I had an appointment that was scheduled four months into the future and it was moved up to next week.

Car hops for virtually every type of business spells great service! The customer is king! Whether it is a pharmacy, a tool shop or Best Buy or a pizza place, they bring your order out to your car.  This is great.

You can finally sit at a table in a restaurant and, in some cases, the silverware is sealed in a clear plastic cellophane bag. What a nice touch! This should have always been done that way.

Out With the Old
Remember: order comes from chaos. Calamity breeds structure. Toilets, sewer systems, housing regulations, and hygiene came from plagues. Similarly, COVID-19 will breed myriad new facets to our lives. But they aren’t all good. With each new solution is a new set of problems.  For example:

Restaurants, with sparser dining rooms and, perhaps, fixed dining times, will likely struggle to feed enough diners to remain open. Their prices may rise sharply to offset the reduction in orders.

Manufacturing of pharmaceuticals will return to the U.S., but might cost even more.

Increases in online shopping are expected to reduce the number of retail jobs.

Sick-pay could become mandatory. The government may mandate that employees with any kind of flu symptoms stay home.

“Normal” is closer to you than you think, though it may not take the form you want to see. Be dynamic. Somebody (as we’d say in New England), wicked moved your cheese! Don’t wait for it to come back. That isn’t going to happen. Take solace in the fact that the new cheese is good, too. Go on out and find some for yourself.

Don Desrosiers has been in the drycleaning and shirt laundering business since 1978. He is a workflow engineer and a management consultant who provides serves to shirt launderers and drycleaners in the United States, Mexico, and western Europe through Tailwind Systems. He is a member of the Society of Professional Consultants and the 2001 recipient of DLI’s Commitment to Professionalism Award. He can be reached at 186 Narrow Avenue, Westport, MA 02790 or at his office by fax (508) 636-8839; by cell (508) 965-3163; or e-mail at tailwindsystems@charter.net. He has a website at www.tailwindsystems.com. The author’s views are his own and do not represent official Drycleaning & Laundry Institute positions. 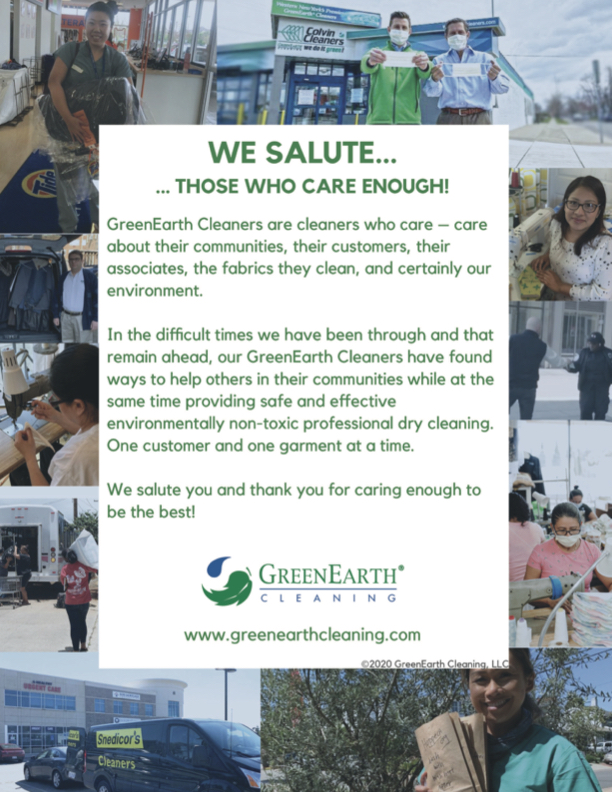