Negative comments and reviews flooded a drycleaner’s Facebook account after a local news station aired a segment criticizing the business’ inability to return garments. In the report, a 72-year-old cancer patient described her 25-plus attempts to get her $1,600 fur coat from storage, ending with a report that the owner told her he was “too busy to care” about her coat.

Customers began commenting and spreading rumors on Facebook that the business, open since 1934 and encompassing five locations, would soon be closing. A few negative reviews here and there are to be expected by any business and can be promoted as an opportunity to learn from mistakes as the business projects a resolve to try harder. When a negative news article launches a flood of negativity, including a deluge of people saying they won’t do business with you any longer (on camera and online) the situation becomes a full-blown crisis. 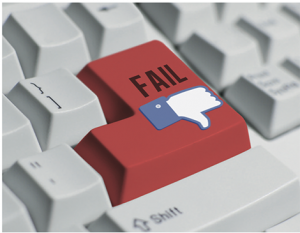 This true story serves as an example of what not to do in such a situation. In the news segment, the TV crew finds the shabbily-dressed owner, who offers excuses about staff turnover and walks away from the camera to jump into a delivery van to take two shirts to a local doctor. Walking away from TV cameras looks absolutely horrible and will place you in a weak position when you try to tell your side of the story. After that, several customers were shown saying they wouldn’t go back to the cleaner.

Five days later the reporter revisited the topic saying that many locations were shuttered, showing people attempting to get in to pick up their clothing and meeting a locked door. Employees were shown saying they quit because the owner wasn’t paying them their full amount or at all and that they had to tell customers their items had been lost. Another former employee explained how utility companies were threatening to shut down service due to lack of payment. A former employee said things began to deteriorate at the business sometime after ownership had changed hands, a few months before the first negative news segment aired. Over the next several weeks a total of seven segments aired on this topic, each increasingly bad for the cleaner. The cleaner ultimately went out of business in early 2019.

Read the full article in the print or digital editions of Fabricare sent to all DLI members.

Not a DLI member? Join now!

This real-world example and tips for avoiding a similar situation are now included in DLI’s Advanced Drycleaning Course.