What is surging or foaming? – This is when impurities or internal damage to the boiler cause rapid level changes and/or violent bursts of boiling within the boiler pressure vessel.  The presence of this condition is usually identified by the rapid change of level in the water column sight glass. Normally the level indicated in the sight glass should change gradually with the consumption of steam, lowering the level and reaction of the condensate pump pushing water into the boiler, raising the level. When the boiler is operating properly it is a good idea to take a marking pen and draw lines on the sight glass marking the levels at which the return pump switches on and off. 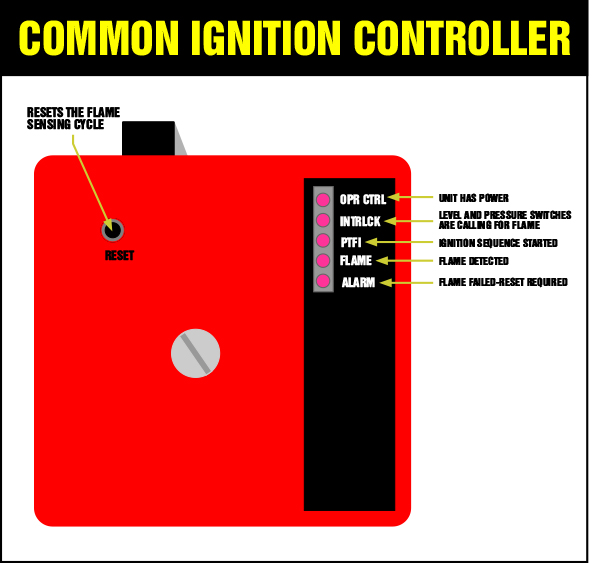 The most obvious indication of surging (let’s call both surging and foaming surgingfrom now on) is frequent, rapidly occurring low water signals, also known as that loud and annoying low water warning buzzer. This is caused when the surge carries enough water towards the top of the boiler to either drop the water level below the low water sensing electrodes of the water level control or vapor lock in the water column which will have the same result on the water level sensing electrodes. The results of surging are carryover of scale and other detritus and particulate debris from inside the pressure vessel out of the boiler and into the steam header. Some of this will eventually work its way through the steam piping, into the machinery and steam traps causing some really difficult to analyze intermittent problems. Also, most boiler treat

ment chemicals are formulated for use inside the pressure vessel, not for distribution throughout the steam and return systems. Some of this chemistry is corrosive. Frequent exposure to these chemicals over a period of time can damage piping and machinery.

WHAT CAUSES SURGING?- In my experience there are three common causes for surging:

That’s it for this issue, next time I’ll discuss blowing down your boiler. This month’s topic really doesn’t lend itself to a diagram or illustration, so I’ve included an illustration showing what to look for when a boiler fails to light. This illustration is of the Fireye model MEC120D ignition controller. Although not all boilers are going to have this controller they are all quite similar in indicators and operation.

NOW A WORD FROM OUR SPONSOR… That leaking ball float valve is so common, unnoticed and destructive that I designed an electronic level control which replaces this relic of the 18thCentury called the EZ-Level controller; mention the EZtimer Ad in this issue and save 15%.

Bruce Grossman is the Chief of R&D for EZtimers Manufacturing. EZtimers is the manufacturer of the new RETURN TANK SENTINEL, a wonderful device essentially ends lost production by boiler shut down caused by most boiler return pump failures.  The EZ Level return tank water level control which replaces the troublesome ball float valve in the return tank. The SAHARA and DROP IN THE BUCKET line of high purity separator water mister/evaporators also the TATTLER steam trap tester an accurate and easy to use device are also part of our EZtimer product line. See our Ad in this issue and for further information on EZtimers products visit  www.eztimers.com  Please address any questions or comments for Bruce to  bruce@eztimers.com or call 702-376-6693. 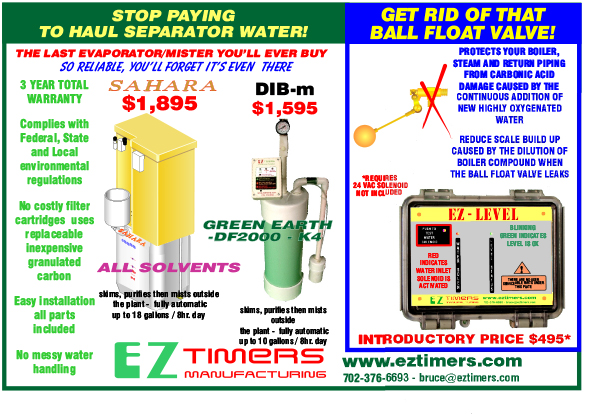 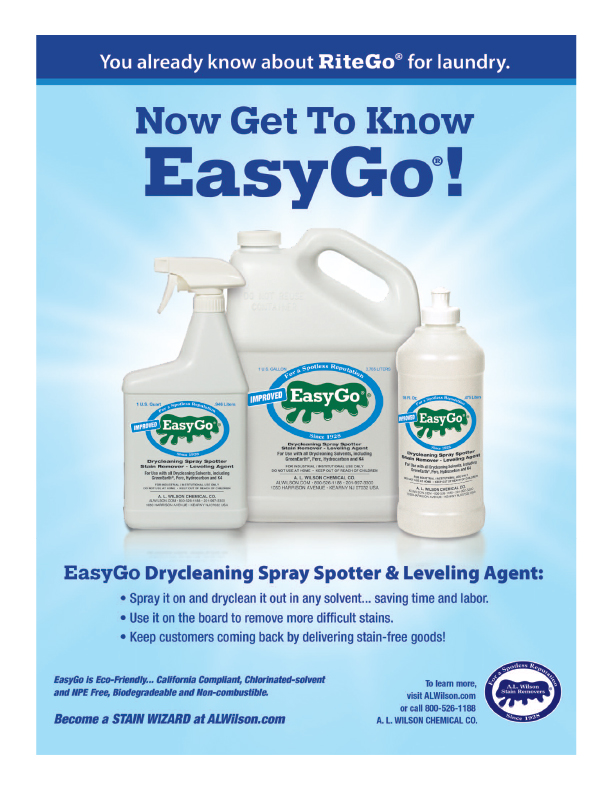