Sometimes change can cause problems in the workplace. Some people don’t like change and fight it, tooth and nail.  I met a cleaning business owner who made a name for himself as a numbers guy. Outward appearances suggested he ran his company “by the numbers.”  Forget personalities and employees with personal issues. Forget any resistance to change, his company was run by the numbers.  Except it wasn’t.  In a private conversation with this gentleman, coupled with a glance at his labor hours, it was very clear to me that he was wasting labor in his shirt department.  It was a waste of 12 hours per week.  In PiecesPer Labor Hour terms: Three pieces per labor hour (PPLH) wasted.  When I called this to his attention, he was blunt.  “If I make any changes, the presser will quit, so I will forfeit the three pieces per labor hour.”

I’m fairly confident many readers have uttered something similar at one time or another.  I probably said or did something similar in my plant days, too. I know why we sometimes accept this but waste is bad in business. First, three pieces per labor hour might sound like pocket change but 2,200 shirts per week and a typical burdened hourly wage, comes to more than $8,000 per employee. This situation often includes three employees (presser, touch-up, and assembler), so we could be talking about $2,000 per month or $24,000 per year.

Just hearing those dollar figures might cause you to never act on an ultimatum from an employee. But probably not.

We have a limited number of people who want to work in this industry. The labor market is thin and unlikely to change.

What can be done?  I wish I had a magic formula for you.  I don’t but I do have some suggestions.

If employees in your plant state, “it’s their way or the highway,” you likely have a big problem. First, how did this happen? Being asleep at the wheel, that’s how. When piece counts declined, we did not reduce staff hours.  If you do 4,000 pieces and everybody works 40 hours, do all the production people work 35 hours when you do 3,500 pieces? Probably not. (Pardon me for over-simplifying this example to illustrate the point.) When piece counts declined, we acted like Hem and Haw in the motivational book Who Moved My Cheese: An Amazing Way to Deal with Change in Your Work and in Your Life. We waited for things to return to normal, instead of accepting the new normal. This can lead to employees failing to understand the amount of money they make is proportional to the amount of pieces coming through your doors.

I have seen how if someone threatens to “quit,” they may presume you will succumb to their wishes. If you don’t, they sometimes recant their resignation. I worked with a management-level employee who didn’t like what was happening, so he submitted a three-month notice. He figured over the next three months the boss would change his tune. A plant manager in California told her boss she was quitting but when we let that happen, she came back the next day and said, “When I told you I was quitting, why didn’t you try to get me to stay?” Some employees think it’s a game.

In northern California, I was working at a plant with five pants pressers. How many did they need? One. Really. They had the owner brainwashed into thinking this was what they needed. A drycleaner in Anchorage refuses to hang clothes he has taken out of the drycleaning machine. He gets a helper, because he wants one. The same drycleaner also doesn’t spot. I asked him if he did any spot removal. He said, “I never really got involved with that.” This drycleaner, working at a plant that did 1,350 pieces per week (not a typo), had two helpers because he refused to do any more than load and unload the drycleaning machines.

So what can you do about this?

There is no easy remedy, but you can get the tide to start flowing the other way.

If your drycleaner says, “Do this my way or I’m walking,” and then really does walk, you will send me hate mail or hunt me down. The drycleaner can’t say that (but he does), and you cannot have ultimatums brought to you that succeed in getting you to fold (but you do). Is there a solution?  Yes, sort of.

I was working at a plant in Alabama 20-25 years ago. The employees banded together during their break time because they didn’t like the changes the boss was making. They got the boss in an impromptu meeting in the parking lot. They all demanded a $1 per hour raise or they were walking, immediately. The boss gave them their raise and they all went back to work, happy.

For years I struggled with this. What would I have done in that situation? I could not come up with an alternate course of action. If 15 employees walked, who would do the work? Even if they only left for a day, who would do the work? How would we explain this to the customers who won’t get their clothes? So, if I was put into that position, I would have given the employees the pay increase that they demanded, except for one thing….

When the replacement is found – and remember, you are terminating an employee on your terms, not the employee’s terms (big difference) – the drycleaner is terminated and the rest of the staff is informed why this person was terminated. You pretend the drycleaner quit and find a replacement. Alternately, the drycleaner leaves you in a mess and that makes you gun-shy the next time a similar situation occurs (and it will because the last ultimatum worked like a charm).

Will you find a replacement? Well, it is more likely that you’ll find a good employee on your timetable than if you hired the first person who could fog a mirror because the former employee forced your hand.

What can go wrong? You might lose sight of your mission to fire the employee for real because it falls down on the list of priorities. Be as committed to replacing the employee as you would if he or she had left you high and dry. Better to not terminate an employee because they put you in a bad place eleven years ago.

Don Desrosiers has been in the drycleaning and shirt laundering business since 1978. He is a workflow engineer and a management consultant who provides serves to shirt launderers and drycleaners in the United States, Mexico, and western Europe through Tailwind Systems. He is a member of the Society of Professional Consultants and the 2001 recipient of DLI’s Commitment to Professionalism Award. He can be reached at 186 Narrow Avenue, Westport, MA 02790 or at his office by fax (508) 636-8839; by cell (508) 965-3163; or e-mail at tailwindsystems@charter.net. He has a website at www.tailwindsystems.com. The author’s views are his own and do not represent official Drycleaning & Laundry Institute positions.

Editor’s Note: This article includes employment horror stories and tactics to counter similar situations. Most employees are not the troublemakers this article discusses. Proper training, open communication, and compromise can promote balance in the employer/employee relationship. The author’s views are his own and do not reflect an endorsement by DLI. For additional perspectives on this topic see DLI’s Management Matters Bulletin No. 8: “Seven Personality Types and How to Motivate Them”; “Turnover is a Profit-Killer”; and the May-June 2014 Fabricarecover story, “Keeping Your Best Employees.” 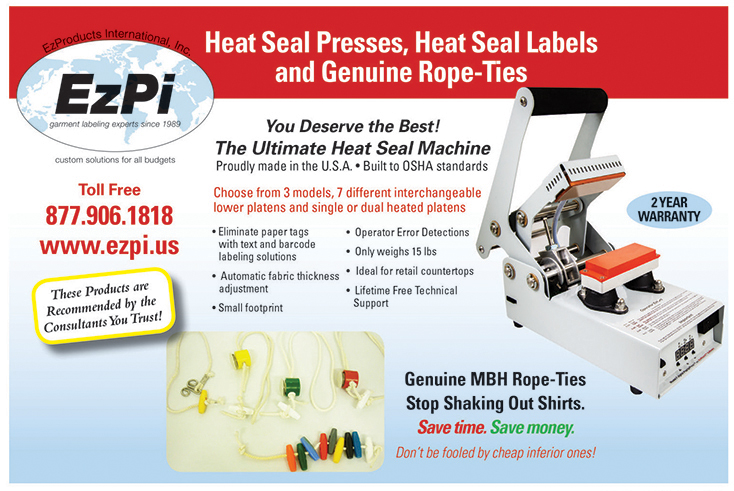